Your page? Unpause your account to remove this banner.

Who's waiting to hear yours?

Hey there. Yeah, you. Did I hear you whisper ‘My dream is to do a TEDx talk one day’? You may have thought no one heard you, but I did. Even for seasoned professional speakers, the thought of doing a TEDx talk is scary and kind of a big deal. You’re putting your ideas out into the world and inevitably you start thinking ‘Can I do this? Am I good enough? Is my idea TEDx worthy’, Will people judge me?’
Or maybe you’ve already sent in an application and weren’t selected, are not quite sure why, and have pushed that dream WAY to the back burner.
Why is a TEDx talk seen as the ‘holy grail’ for speakers, thought leaders, entrepreneurs and industry experts?
Because making it to the TEDx stage has become a way to build credibility in one’s work and can continue to have an impact long after you’ve left the stage through TED’s online platform. Many careers have been elevated through a TED or TEDx talk (Simon Simonek, Brene’ Brown, etc) and gives the speaker a platform to put out a call to action like no other.
I want to demystify the process of getting to the TEDx stage and to show you that it IS possible. How do I know? I was invited to give 4 TEDx talks in just over two years .
Who am I? 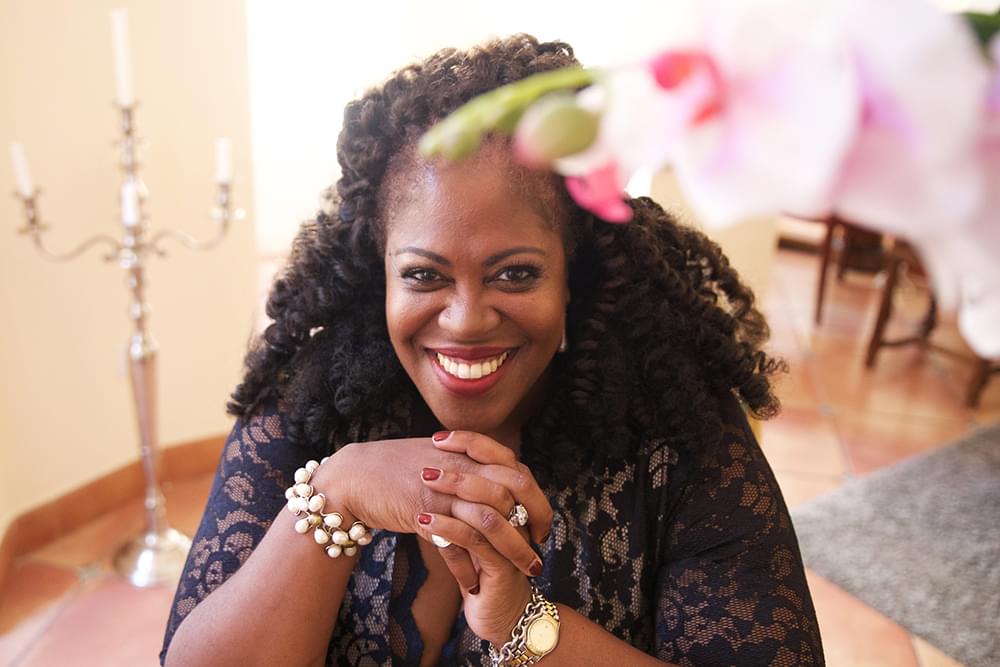 I’m Lori Granito – Wealth Coach, Success Strategist,
2x Entrepreneur of the Year Award Winner,
4x TEDx Speaker, Bullshit-Free Business Coach,
Founder of Boss Lady Millionaires Club
Most of all, I’m someone who loves seeing people shine by helping them share their big, audacious ideas with the world.
You see, I believe that everyone has a story. I believe that each of us has some idea or vision that can help make the world a better place. We just have to have the courage to come out of hiding and step into the spotlight -because you never know whose life your story can inspire.
That’s what happened to me.
I came to Hong Kong with my husband, a 3-star Michelin trained chef, on a 2-year contract, 25 years ago - and have lived here ever since.
Life as an expat may seem exciting, but I grew up poor in the 9th Ward of New Orleans. If that sounds familiar it’s because it’s that flood devastated area that you probably saw on an endless loop on your TV screen after Hurricane Katrina. Most of my family still live in New Orleans and I’ll always consider it ‘home’.
I excelled in school at a young age, went to the #1 high school in the state, and eventually to Paris (France, not Texas) for university. I was fluent in French by this time and when I came back home to New Orleans, I met my French husband. A few years later we moved to Hong Kong for his job.
I opened my own catering business as a side hustle and eventually that grew into an award winning restaurant that got me featured in Essence magazine, the Robb Report, CNBC’s the Winner’s program and even a tiny blurb in Time Magazine.
I opened a second restaurant right before the financial crisis in 2001 and we lost EVERYTHING. You can hear all about it in my first TEDx talk ‘Entrepreneurship: Lessons from a Schizophrenic Fish’ which can be found here (oh, how I wish I could change that name now!!!).
Getting up and telling the world about my ‘mess’ changed my life. I no longer had to put up a façade. ‘Make your mess your message’ became my personal mantra and ‘Just keep swimming’ became the new catch phrase that I heard people using when they were going through a rough patch (you’ll get it after you hear the talk).
I had people coming up to me telling me how much my talk inspired them to keep going when they faced overwhelming obstacles. Most touching for me were the random emails I got, or meeting new people years later who tell me that thinking about my talk helped them get through dark times.
Here’s what the curator of that event had to say:


“There are stories of success that are almost expected and then there are those that challenge conventional assumption. Lori’s life story and journey of how she arrived in Hong Kong and has gradually overcome a myriad of challenges as a culinary vanguard blends not only an incredibly humbling story but also one infused with grit, passion and a healthy dose of humour as she charters a truly visionary entrepreneur’s path in establishing one of the city’s pioneer food incubators. Over the years we have had over 600 nominations for speakers through our TEDx program and I can honestly say, Lori has been one of our most well received speakers, closing off the program in 2015 to the packed house at the HK Arts Centre with a rare standing ovation.”

Here’s what one of the people I coached has to say:
"Lori Granito was my coach for the TEDxWanchai - Running Fast or Running Free? talk in 2016 to an audience of 1,200 people in the HK performing arts center.  I had spoken in business forums and on stage before for large audiences so was already fairly confident - probably too confident! She was instrumental in getting me to go from 'winging it' to putting serious effort into thinking through the thematic structure, delivery and rehearsal. TED talks are a special beast and she completely gets that. She was relentless and I am very grateful to her for coaching me. I wouldn't hesitate to use her for the next one, too!"
- Diana Wu David
www.dianawudavid.com
Are you ready to turn your TEDx dream into a reality?
Guess what? You don’t have to navigate it alone.
I’ll share the same methods I used to land my first talk and then get invited to do 3 more!
If you are an:
– Entrepreneur
– Coach
– Author or Speaker
– Socialpreneur
– Scientist/Researcher/Doctor
–Thought or Industry Leader
And have a message you want to share with the world, it’s time to stop being the best kept secret. Even if you decide not to try for the TEDx stage this program will easily help you pitch for other speaking events to help grow your business!
What can a TEDx talk do for you?
Don’t underestimate the power of TEDx. Whilst it is by no means a magic bullet, a well executed TEDx talk can mean more credibility, higher status, increased bookings or sales for your business, and lead to more speaking engagements.
I work one on one with a small number of people, and only those who are genuinely interested in moving out of their comfort zone to rock a Tedx stage in the next 3-12 months. It’s scary, but oh, so worth it, and could literally change your life!
If you are ready to uplevel your profile, your brand and your business with a TEDx talk that could lead to massive exposure...
Then Let's Do This!!
In this 90 day coaching package, you’ll:

✓ Get clear. Discover the difference between an ‘idea worth sharing’ and just a good story.

✓ Get confident. Conquer the self doubt. Get past that inner talk of ‘Who am I to do this? Is my idea really TED worthy? Can I really do this? I’ll help you put a spin on your idea that is ‘all you’ and help you craft it so you stand out from the crowd. I’ll teach you to quiet those negative voices that keep you fearful and away from achieving your dream.

✓ Condense your idea and talk into a pitch that will get the organizers attention. Learn how to position yourself to get noticed and get booked.

You’ll also learn the biggest mistake most people make who don’t get selected.

✓ Research. Find talks in your geographic area or niche that align with the message you want to convey (Most TEDx organizers start looking for speakers 3-9 months in advance).

✓ Review your current speech or help guide you in crafting a new one.
✓ Elevate your strengths and reduce your weaknesses

✓ Explore how to add humor to your talk

✓ Discover how to read and manage your audience to ensure you connect and get them invested in your talk.
****************************
The training consists of 10 x 50 minute sessions over 90 days plus one 90 minute intensive.
I only work with a select few people one on one at a time.
If you are ready to get one step closer to your dream of being on a TEDx stage, schedule a free consultation to see if we’d be a good fit by emailing info@lorigranito.com.
For a limited time, you can invest in your dream and save a third of the price! 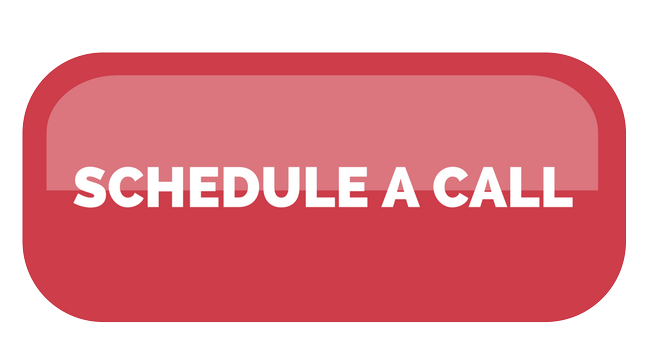 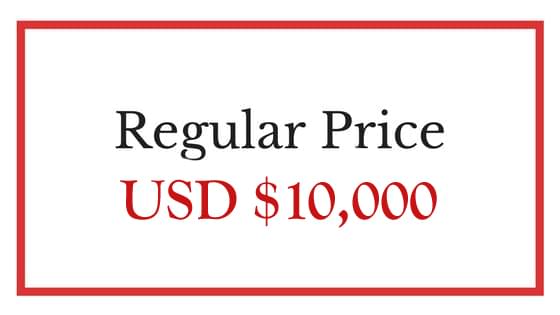 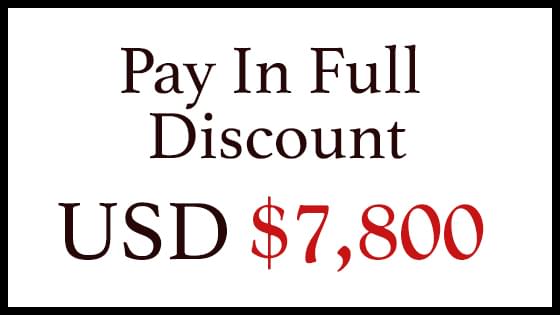 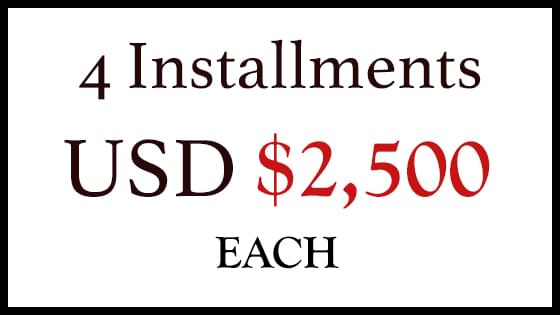 Remember that the best investment you can make is an investment in you!
This program is not affiliated with TED or TEDx. It is an independent program .